Award Ceremony of the 2° Edition of the SSE Challenge 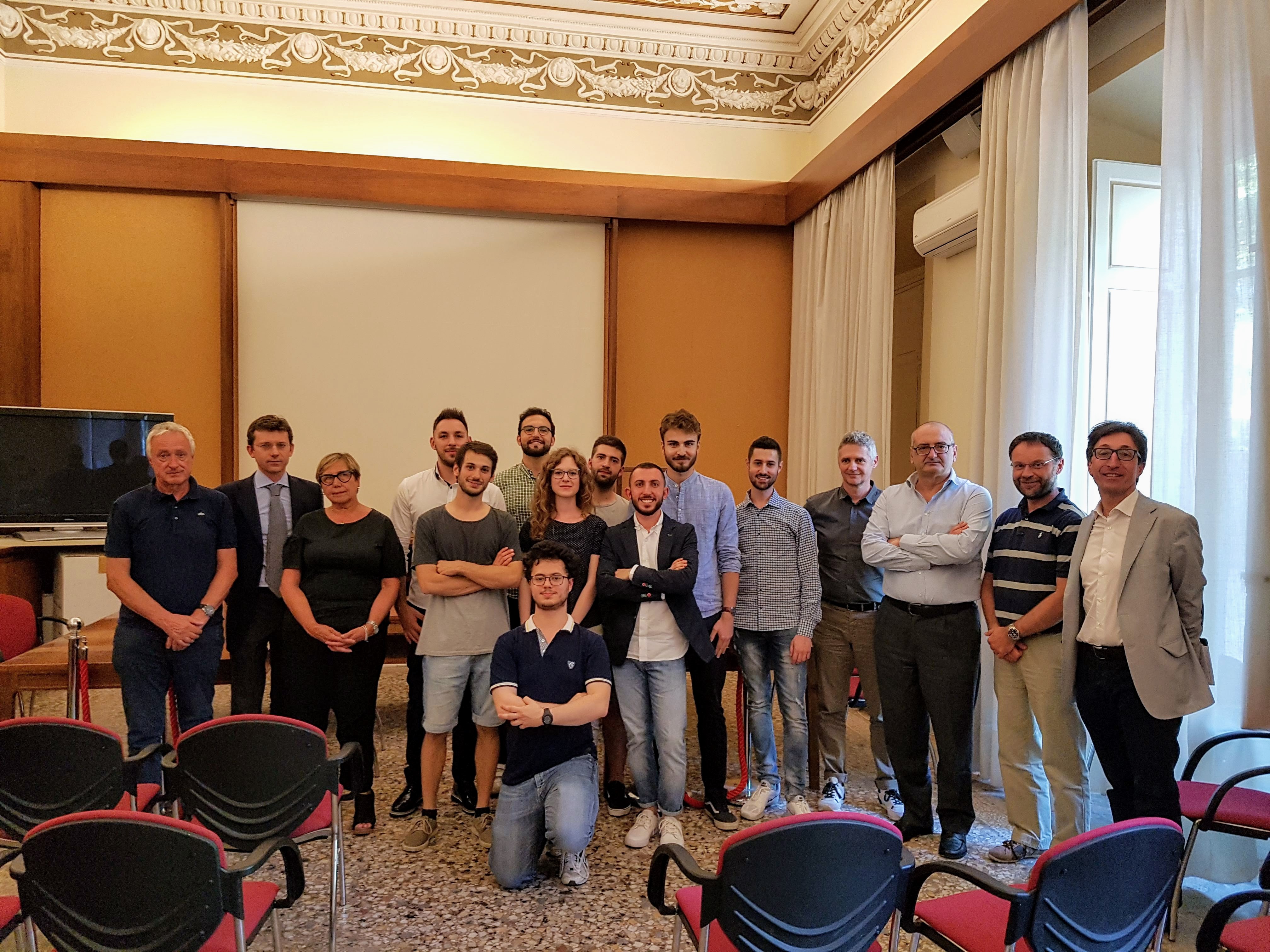 During the Award Ceremony of the SSE Challenge, taking place on Friday June 15th at the Department of Engineering in Florence, two student teams have been awarded an ex-aequo prize, based on the unanimous evaluation of the Committee, made of up Professors, PIN and SSE representatives.
The Winning Projects were “Deep learning techniques for real-time estimation of vertical tire loads” presented by Daniele Masti and Lorenzo Vanni under the sponsorship of Professor Michele Basso and “Micchinetta – Vocal User Interface for Vending Machines” presented by Francesco Pegoraro and Luca Angioloni under the sponsorship of Professor Andrew David Bagdanov.
The relatives of Marcello Angiolini, who had donated an extraordinary contribution to double the prize for the SSE Challenge – 2nd Special Edition, took part at the Award Ceremony and congratulated the winners.