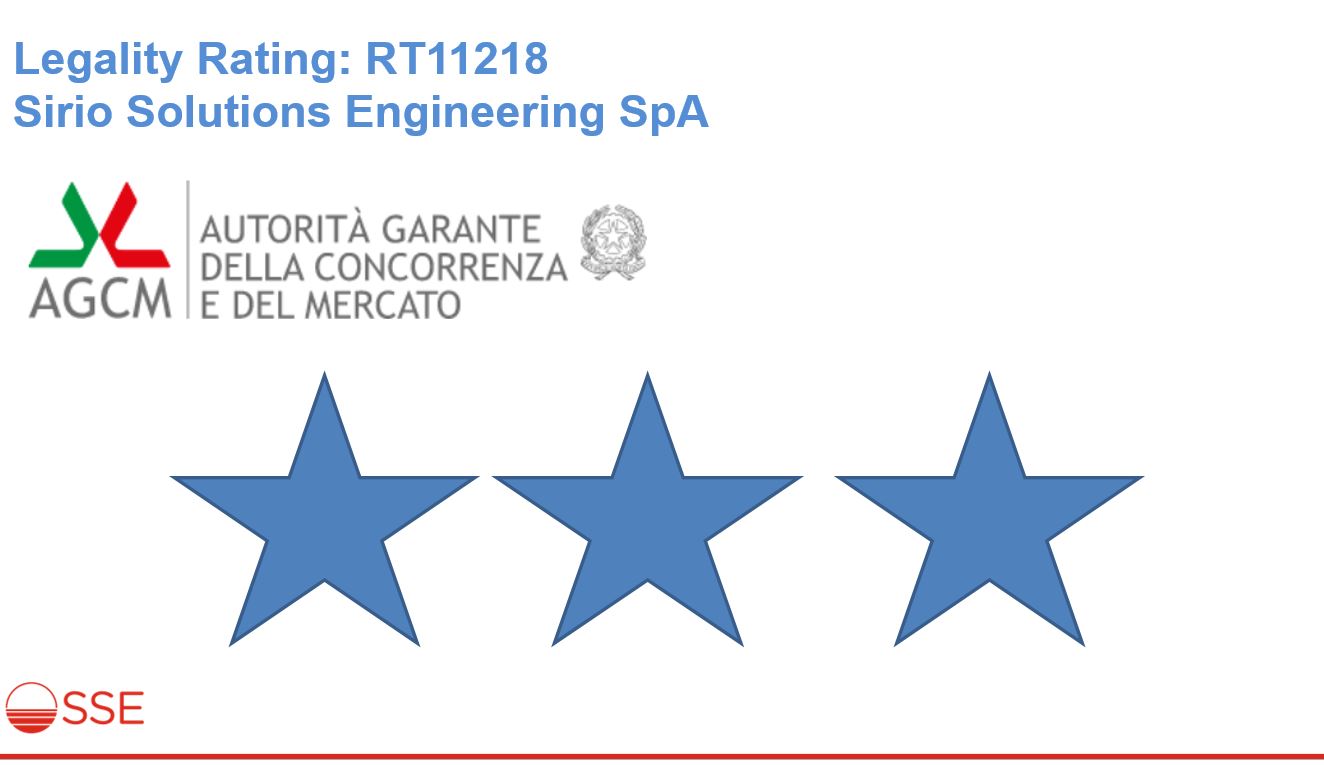 On 18/02/2020 SSE SpA obtained the Legality Rating from the AGCM (Authority for Competition and the Market), with a score of three stars, the maximum level of reliability and correctness of the company for its ethical and legal behavior.

The Legality Rating is the assessment tool, activated on a voluntary basis, which certifies the company’s compliance with the anti-crime and anti-corruption rules, the circulation of cash, in addition to wage, contributory and insurance regularity towards workers.

This tool is becoming an increasingly important criterion in company evaluation, because it does not only have a formal or image value, but it has concrete repercussions in the company and on the market. For example, it is one of the criteria taken into consideration when applying for the award of a contract, when an agreement has to be entered into with a public body, or when you want to access public funding.

This recognition is not only a reason for great satisfaction for SSE SpA, but a certificate that marks a continuity with the path taken. SSE Spa makes legality, transparency and attention to the territory not only an added value, but a fundamental element in its growth process. Seeking high ethical, social and governance standards and paying attention to the issue of corporate social responsibility are strong points for SSE.