AWARD CEREMONY OF THE 3° EDITION OF THE SSE CHALLENGE 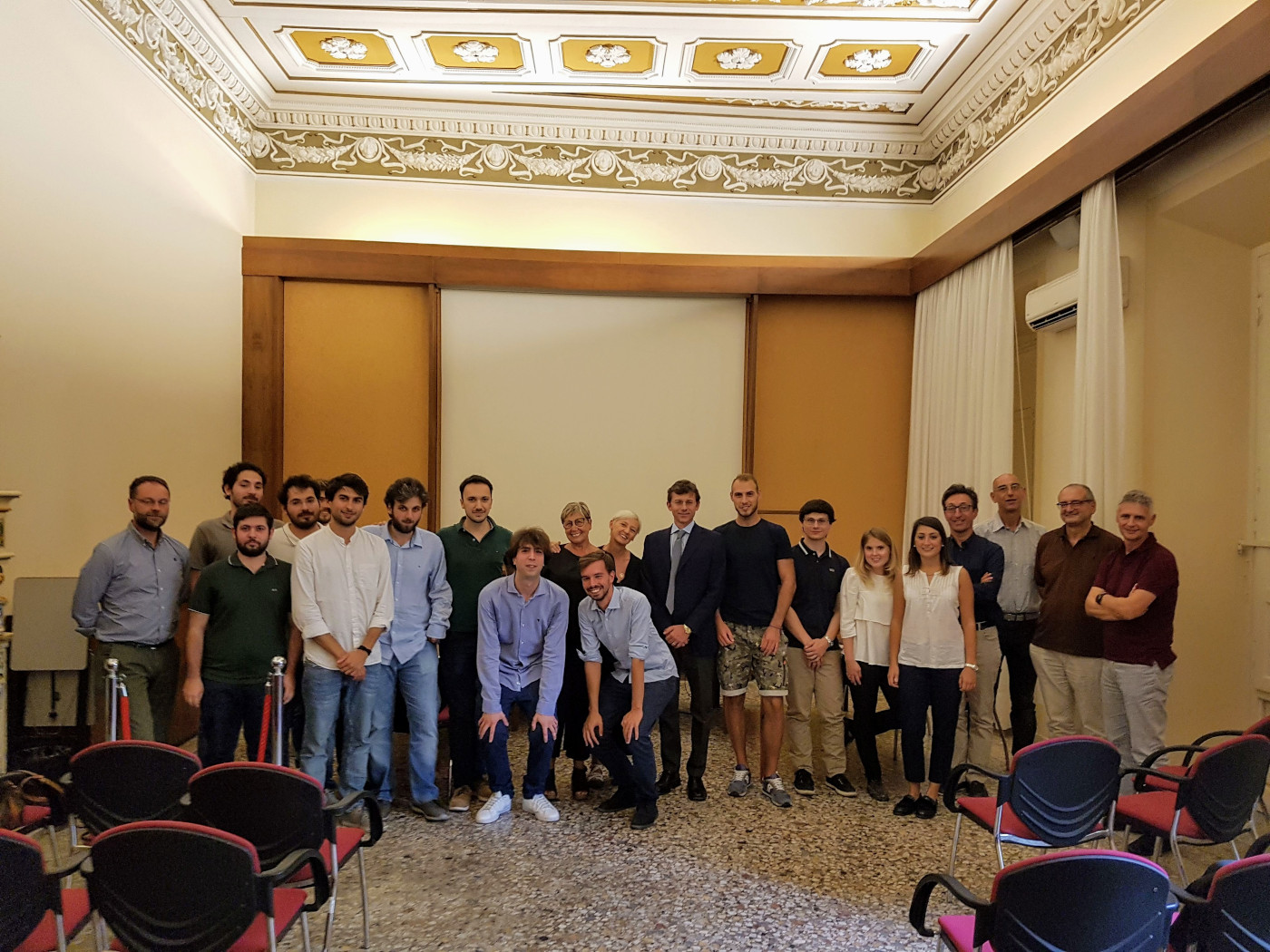 There are three projects awarded during the final phase which took place at the Engineering School of the University of Florence.

The 2019 edition of the competition promoted by the multinational company from Prato, SSE – Sirio Solutions Engineering SpA, ended with an ex aequo. The projects awarded are three: Doppler ultrasound flow meter, by Lorenzo Calzolai and Lorenzo Taddei; Control system for PARROT Mambo Minidrone in Simulink environment, by Gherardo Liverani, Marco Ricciardi and Fabrizio Sera; Hardware system for ON-board spectroscopy of storage systems (Lithium-Ion cells) for electric traction, by Tommaso Serni. The projects were presented in the final phase which took place on 18 September in the Caminetto classroom of the engineering school in via Santa Marta in Florence. During the final phase, the commission listened to the exhibition of 5 projects, previously selected from all the candidate projects: 12 in all in this year’s edition.

The Challenge, an annual event for Engineering students, is called “Engineering for Industry 4.0” and the 3rd edition, as was the second, is linked to the memory of Marcello Angiolini, a devoted SSE employee who passed away . The Angiolini family, in order to promote young talents, supporting them in their study and research path, offered as a donation a contribution that doubled the prize pool, bringing it to a total of 3,000 Euros. The Challenge is aimed at the master’s students of Engineering of the University of Florence and intends to enhance the commitment during the course of teaching activities foreseen by one’s own course of study in which projects are carried out and elaborated within the framework of Industry 4.0.

“SSE, in collaboration with the PIN, has been promoting prize competitions for engineering students for many years – said Michelangelo Guarducci, CEO of the company – we have financed the Siro Prize for 10 years, and now we are in the 3rd edition of the SSE Challenge. We are happy that the Challenge has become a heartfelt appointment for students and teachers of the School of Engineering. ”

During the final phase, the sisters of Marcello Angiolini, Bice and Anna participated for the Angiolini family; Michelangelo Guarducci, Vice President and SSE Administrator; Enrico Banchelli, director of the PIN; the Professors, members of the commission, Fabrizio Argenti, Michele Basso, Lorenzo Capineri and Carlo Carcasci of the Engineering School of the University of Florence.